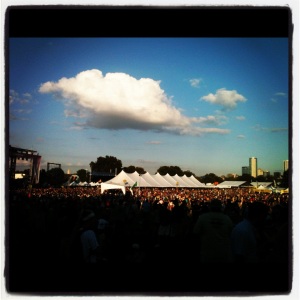 As any of my Instagram followers are all too aware of, I spent this weekend at Austin City Limits music festival. This post is about the life lessons that can be found at music festivals but can be applied to everyday life, insecurities, bad moods and anxieties.

ACL has quite a few stages and they do a good job of balancing it out so that you can hear the group you are watching. Sometimes, like when Steve Earle went on, other bands like Bassnectar seemed to have more than their fair share of sound space, but that’s all right. When you walk around between stages, there are times that you can hear more than one band at once.

During some of those times, you are thinking, “Where should I go?” Maybe you don’t know any of the bands enough to make a choice based on the past, so you have to just go with what you feel.

That is an awful lot like feeling various moods starting to happen and realizing that you have to make a choice, isn’t it? If you’re like me, you can sometimes feel the little tingle of a bad mood or fit of grouchiness long before it gets a stronghold. You probably see some signs. The slight overreaction to stubbing your toe, the scowl on your face when you realize that it’s too humid for your liking. Whatever it is, you have a sign.

That’s sort of like hearing the strong bass of a song nearby, and wondering if perhaps you’d like to go join the people there. Maybe at the same time, there is a mellow bluegrass jam happening in the other direction. In terms of moods, that would be like noticing that even though you sense the bad mood, you also see the dog’s smiling face, the sunshine amidst the mugginess, the feeling of the ground, anything that is not the grouch-mood.

You can walk towards one song or the other based on what you feel  in the moment, which is little bits of both. If you acknowledge the existence of multiple stages, multiple moods and feelings, then you at least have a bit more of a choice, even if you can still hear little bits of Bassnectar when you are really focusing on Steve Earle.

The Things You Don’t See

At a music festival, there is plenty that you don’t see.  Our neighbor gave us wrist bands that got us into certain backstage areas, so we got to see things from different angles than most. During one of the smaller bands, I spotted a girl doing Yoga in the safe darkness under the stage.

Some wires going into the ground.

I’m sure nobody on the other side of the stage thought about her existence or even considered it. If you asked them, “Hey, do you think there’s a girl doing Yoga under the stage right now?” They probably wouldn’t doubt you too much, but it would just be something they never even considered.

I wonder how many things like that are happening at this very moment. There’s always something unseen, unthought of, undreampt. Does anyone else find that to be comforting?

During a band called the Big Gigantic, there was a rain storm. Since I don’t have a good phone case, I don’t have pictures; but the crowd was wild and we were in the middle of it. It was surreal to see people getting extremely happy during the downpour. Maybe next time an intense mood or bout of anxiety happens, I can enjoy the intensity of it, the sheer power of it, rather than judging it as “bad” or “good”.

Standing in the rain and not being afraid of it or running away from it was incredibly fulfilling. Feeling it on my face, my hair, soaking my clothes, getting all over my stuff; there was simply nothing that could be done. The rain simply felt wonderful in that moment because it was clean, new, wet, alive. There were people, there was music, there was a sky and a ground and things were just lovely because they were there.

This may just be my brain, but when I’m in a group of people and feeling some anxiety, sometimes the comparison-function starts to kick in.

This was the first big festival I’ve been to in many years, and I’m almost 30. Since most of the crowd seemed to be made of attractive young people, my brain started beating me up rather quickly.

A new friend brought us up to a platform on the side of the stage. It gave me a perspective that was hard to come by in such a literal sense in that crowd, but easy to come by metaphorically during other times, like right now. I think it’s called “taking a step back.”

Enjoying a beer and waiting for the Chili Peppers

I looked at those people and started to realize that maybe things weren’t so bad for me and my aging self. Maybe there were benefits to getting older, to having experience, to not being 15 and hormonally insane.

The crowd stretched farther than a picture could capture. There were people excited to be in the front, happy to be in the back, and happy to be behind the stage, watching the show on a TV screen around a circular open bar. I watched through the sides of the stage, watching the crowd going mad over the music. I was happy to be where I was, and everything somehow worked. Like a giant puzzle. Everyone brought their own little piece, and no two bodies were occupying the same spot at the same time. It all worked and everyone was different, with their own beauty and their own grace. It felt so clear; we were all in this together.

My Intentions
I would like to always leave a little room for my mind to be surprised by what is happening. I’d like to have fewer expectations and comparisons and gracefully step up into the older years of my life without fighting them, because they are coming for me anyway. And I would like to never forget that. I may not get to be a teenager again, but I can watch the youth of today having fun just like I can watch the Chili Peppers crowd dancing and jumping while I enjoy the whole thing from a different vantage point.

I can look at the same mood or mindset differently, experiencing the intensity like a rainfall during a wild song, feeling it as exciting instead of scary or uncomfortable. Life is happening always; might as well experience as many stages as possible and from many angles while I still can.

How about you guys, have you gone to many music festivals lately? Do you feel like you can pick between moods like different stages, or is it more like you are in one crowd and the band keeps changing on you?

Do you feel like your brain compares you to others too much, not enough, or just enough?

When’s the last time you felt a real raindrop falling on your face? 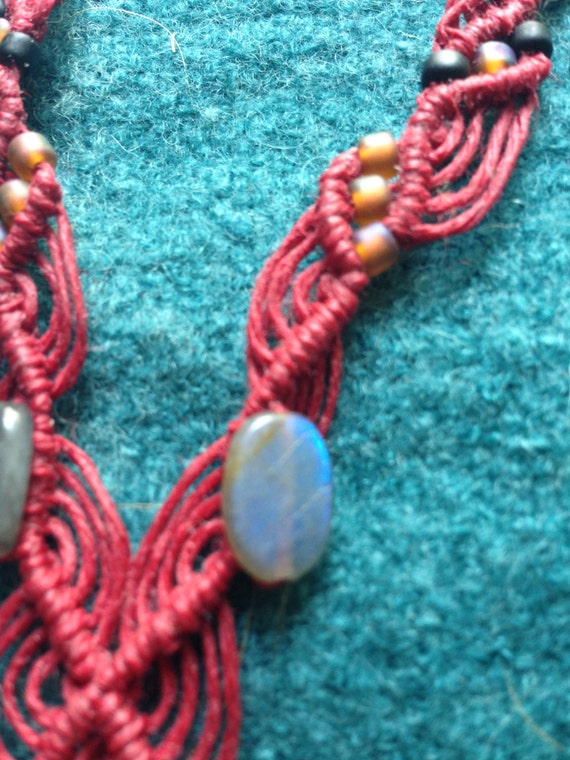